Now isn’t the time to save: how to protect yourself against inflation. 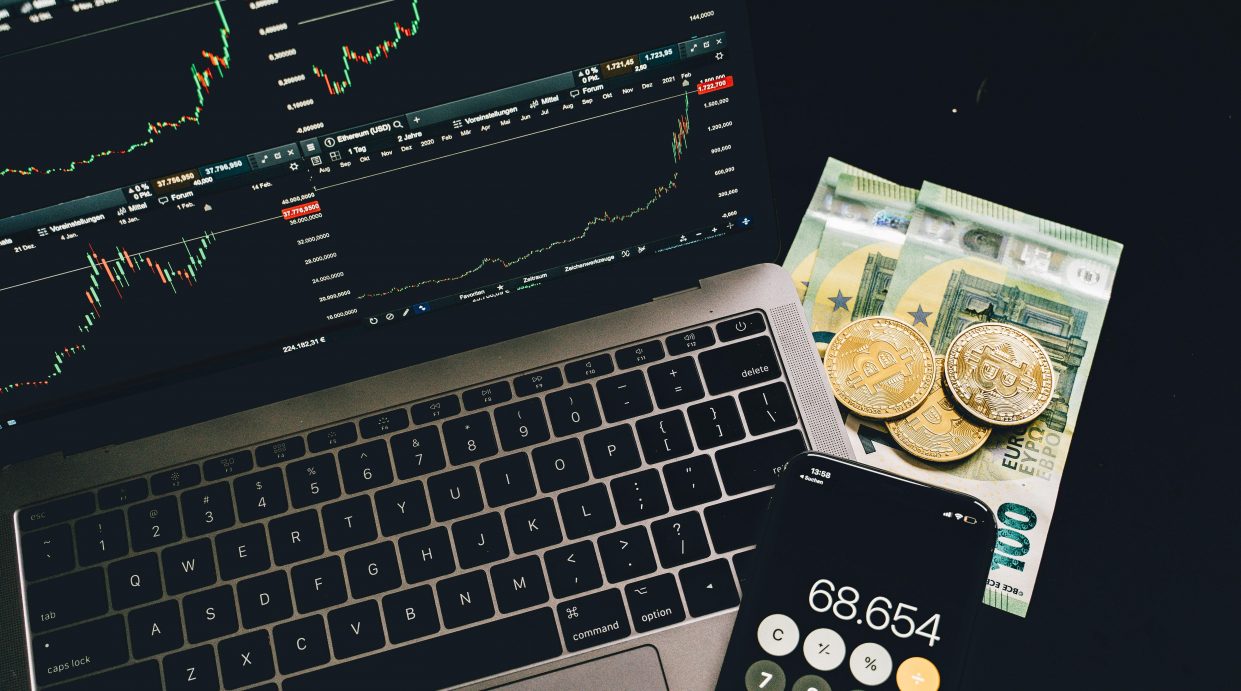 This article was posted on Delfi.lt

Price fluctuations in real estate values are perfectly normal. Still, during more than a decade of economic growth, people have forgotten what a recession is and how real estate can help protect against inflation, says Gustas Germanavičius, founder and CEO of the buy-to-let investment platform "InRento".

The CEO of the start-up awarded for best investment technology in Europe at the Europe FinTech Awards warns that recession and inflation may not be the best news for property speculators, but for those investing in longer-term projects, the timing is particularly favourable.

"Investing for the long term is nothing to be afraid of: the financial industry has always been built on a foundation of 'buy low, sell high, and any slowdown in the economy creates better opportunities for the future," says Germanavičius.

The winners are those who invested.

The director of the investment platform recalls how sceptical many people were to commercial real estate investments at the beginning of the pandemic: the increased demand for working from home led to a move away from investments in offices and business premises. "InRento took a rational approach to the situation and saw creating a buffer for investors as the main task during the period of uncertainty.

"The result of this approach is the understanding that such a situation will not last forever. This allowed our clients to hedge themselves from inflation and earn a 20% annual return when inflation at the time was 15%.

Another property financed by InRento and recently sold against the backdrop of the recession has again earned 20% for investors, while the average annual return on properties sold on the platform is 19.7%. According to Germanavičius, this only confirms that real estate investments are being made regardless of the circumstances.

"The numbers appear big and attractive, but our goal here is to protect people from inflation because their incomes tend to grow by indexing interest rates to inflation. During inflation, the value of the property tends to rise, and when it is realized, the profit earned from the appreciation is shared between the investors, InRento and the project owner," says Germanavičius.

Economists estimate that although the overall level of real estate prices in major cities has increased by a little more than a fifth over the year, very few new home purchases were signed in the summer months. According to the Centre of Registers, comparing July this year and July last year, there are 17% fewer apartment sales in Vilnius this year. However, it is not entirely correct to say that buyer activity dropped in the summer, notes G. Germanavičius, and says that summer real estate transactions are most accurately assessed in late autumn.

He agrees that investment is always subject to the seasonality observed around the world: in summer, everyone is on holiday, while in Europe, nobody works in August. This trend, according to Germanavičius, is also clearly visible in Lithuania. On the one hand, it is encouraging - finally, Lithuanians can afford to take a holiday and, in line with their standard of living, stand firmly on both feet. On the other hand, he said this summer has been a special one, and for people, holidays have been more important this year than ever before. Pandemics, war, tension and constant stress took people out of their cubicles not for a week but for a whole month.

Finally, the final number of house purchase transactions has many components. One is seasonality, and another is the higher number of transactions accumulated due to previous pandemic restrictions. At the same time, investors note that there is now more focus on the secondary property market. Whereas previously, people were confident about buying new houses or undeveloped real estate projects, now they have become more cautious and doubtful about their completeness.

"And that fear is justified. Real estate development is always fraught with risks. People encountered the same risks five years ago, as they are encountering today. The only difference is that people have started to take those risks more seriously now. "InRento focuses on already developed objects. Only minor renovations are being carried out," says G. Germanavičius.

People will not be tempted to sell off their assets

The unfounded fear of inflation and recession, according to Germanavičius, arises from the fact that both words are often used in the wrong contexts and without reference to the original terminology.

"A recession is two consecutive negative quarters, which does not sound as bad as a crisis. Especially since this is nothing new, there was a recession in 2020. This is a fairly normal economic period, creating less competition and more opportunities to invest and earn better returns than usual", says Germanavičius.

According to him, Lithuanians were financially enriched by the pandemic, which is why, even in the current recession, the market did not collapse, and people did not suddenly run out of money and sell off their assets, as happened in 2009. So there are no sudden piles of investment-friendly deals, consumer goods or cars at extremely low prices, and now the Lithuanians are paying the price for how much money was printed during the pandemic.

"I would, therefore, not be in a hurry to judge the situation as bad, as this would be shown first by real estate and car prices. But today, we have stagflation: the economy is not growing, and inflation is high. There have been cases in history where money depreciates but property does not, and one of the simplest examples is used cars, which should theoretically depreciate every year, but lately, their prices have only been rising, and there is no supply," says Germanavičius.

It makes no financial sense to save money

In times of stagflation, he says, the value of the real estate, gold, natural resources and other investments is also rising, but the appreciation does not mean that assets have actually become more expensive. In many cases, there is no money to be made, just inflation protection, so when you see a nominal change in numbers, it makes sense to ask whether there is money to be made.

"As far as financial literacy is concerned, compared to the US, Canada or Western Europe, Lithuanians have only recently understood the need to invest instead of keeping their money under their pillow. With financial literacy comes an understanding of the impact of inflation, so it is best to do what we have always done: invest and plan our financial future”.

Saving, he points out, is less useful than investing in the current situation. Saving makes people earn money without spending it, but with inflation at record highs, this alone is not enough. It is, therefore, a good idea for newcomers to start investing and for those who are already investing to build on what they have started

Although there are those who predict that the demand for real estate will be accelerated by lower prices at the end of the year, G. Germanavičius does not like to predict the future and says that such predictions usually do not materialize. It is very difficult to predict things on a mass scale and especially financial things, so in such cases, it is best to look back in history and see what has already happened.

"And we don't have to look far. Let's look back to 2008-2009. Yes, assets depreciated. Yes, there was a property crisis. But in Vilnius Old Town, not all property depreciated, and when it did, it recovered quickly", he recalls.

When investing, he explains, it is also important to distinguish between the final purpose of the property. If the property is not intended to be sold, it is not an investment because buying property for one's use is not based on logic but on emotions. While consumer property is constantly undergoing changes as bank financing conditions and people's ability to borrow change, investment property is always relevant because it is bought for yield.

"Investment in real estate in Lithuania remains a very popular and competitive direction - anytime there is an investor willing to buy it for the sake of return," G. Germanavičius points out.

"The success of InRento, he notes, is based on cash flow and earnings financing, where each person is given the opportunity to invest in professionally vetted investment opportunities. For those investing on their own, he advises buying a property with a high rental return, which today should start from 7-8%. In this case, it is important to weigh up whether the high rent is due to an artificially inflated price or whether the property can be rented out at any time for a similar amount.

"However, when investing on your own, it is often difficult to reach even an average of 5% on the market," warns Mr Germanavičius.

Buying a home will become more difficult in the future.

"The CEO of InRento says that the company focuses on long-term and short-term rental projects. With tourism historically being the most stable sector, there is also a lot of potential for housing and hotel rental projects. While travel around the world was briefly slowed down by the pandemic, people have not stopped traveling in the face of recession and inflation. According to Mr Germanavičius, airline tickets have also become more expensive, not because of increased fuel prices, but because of extremely high demand.

As for long-term projects, according to the head of InRento, although the rental market fluctuates regardless of the economic situation, the accommodation sector, especially for non-luxury and affordable housing, is highly liquid and in demand.

"Our business model is based on the fact that the project owner does not pay more interest than the rental flow. This means the rent generated allows it to meet its obligations to investors without any challenges," says Germanavičius.

This model, he said, protects against the risk of insolvency of the project owner.

For those who want to protect themselves against inflation, he reminds them that investing is more important now than ever. It is best to invest in affordable housing, as it will be very difficult for a person to buy a home on their own as Lithuania rapidly approaches the Western property market.

"First of all, it will be very difficult to save up a down payment, and secondly, the property is only likely to become more expensive in the long run," says Mr Germanavičius.

The rising cost of living in major cities has already spurred the whole of Europe to create housing that is affordable for everyone and does not cost more than 30% of a person's or a family's income, and with the changes in demographics and the immigration of Ukrainians, the demand for this type of housing in Lithuania remains even higher, the director of "InRento" notes.

InRento has been recognised as the best investment technology in Europe for 2022, offering the opportunity to invest from EUR 500 in rental projects for already-built properties. The platform earns not only interest but also capital gains when the property is sold at a higher price. InRento's average annual net return per investor on completed projects is 19.72%, and the platform has had no late projects so far.